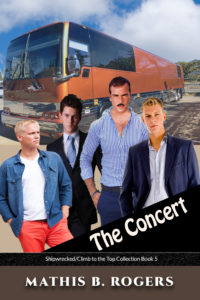 I have released The Concert.

You may get your copy of  The Concert here.

I will be releasing The Cruise next week.

There are 43 stories here in 43 eBooks and two print books. The last is the  9 Book Re-Release of the Halloween Night/Golden Locket Collection Series.