There are 42 stories here in 42 eBooks and one print book. The last is the 9 Book Re-Release of the Halloween Night/Golden Locket Collection Series

Mathis B. Rogers was born in Shamrock, Texas, and raised all over the Texas Panhandle and South Plains of West Texas, because his father was a rancher and they moved frequently. He began writing at the age of thirteen when his English teacher offered extra points for students who wrote something to put on the class bulletin board. While working the Night Audit (graveyard shift) at motels, he became very prolific. Mathis was a long-time member of the Plainview Writers Guild, and served as their webmaster and newsletter editor. For years, he has been an active member of the Panhandle Professional Writer’s group, recently renamed Texas High Plains Writers, in Amarillo, Texas. Mathis is currently the Webmaster for the Write Right Critique Group in Lubbock, Texas. In March of 2011, Mathis began his own “self publishing” business, ePubnationwide.com and has helped many new authors weather the technical terrors of self publishing, all at affordable rates. Mathis enjoys writing, and when someone asks him how to write, he replies, “It’s just daydreaming and writing it down.” 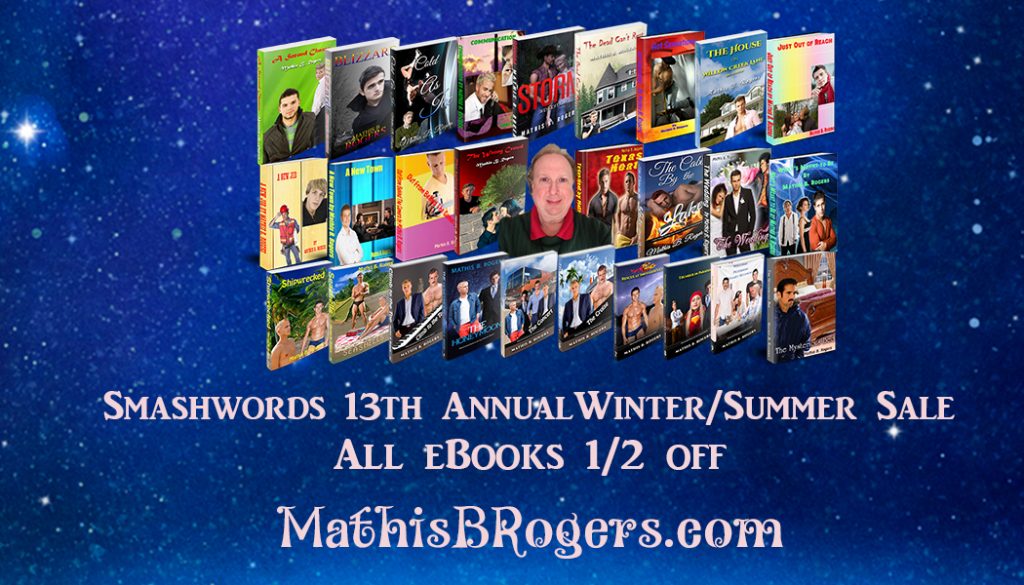 You must be at least 18 to read them.

Sale only valid at Smashwords with the coupon code given when book is added to your shopping cart, through July 31, 2021

Sending prayers for those who lost loved ones that gave their lives fearlessly defending the freedoms we all enjoy. God bless them. 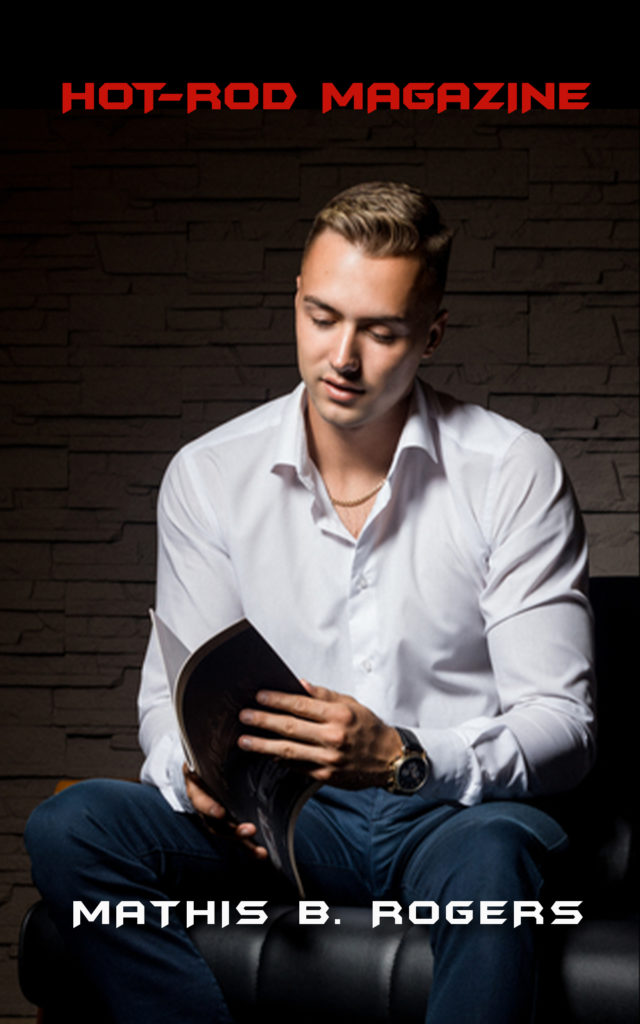 Quinn Remington is waiting for his friend, Kim Wong, to get ready to go to a Drag Show, and finds the next months’ edition of Hot-Rod Magazine—an Adult Magazine— on Kim’s coffee table.  Flipping through the rag, he freaks out when he discovers pictures of people he knows.  Will Quinn confront them, or keep his knowledge of what they did a secret? What would you do? 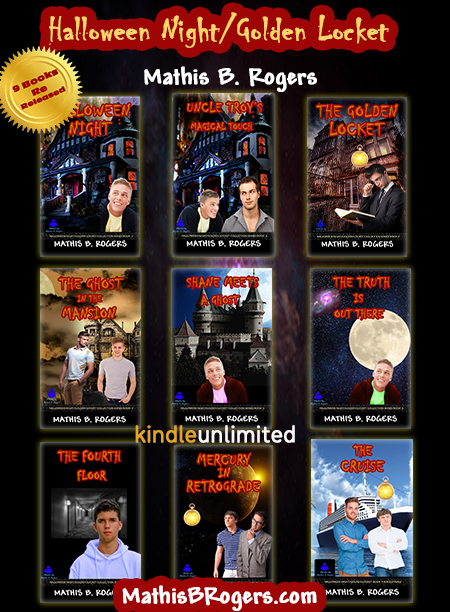 I have re-released the Halloween Night/Golden Locket collection series. The nine-book collection is available on Amazon Kindle and Amazon KU only.
These do contain adult content and you must be at least 18 to read them.
Even though they are Halloween themed, they do cover Thanksgiving and Christmas.

“Have you ever flown to the top of a rainbow and slid down it into the pot of gold?” Sterling asked Jonathan while they were sunbathing on a quilt floating three feet off the ground on Jonathan’s virtual beach.

Find out what happens when Jonathan does it in, “Golden Locket: Mercury in Retrograde” Book 8 in the collection.
Click here

Kristopher Brown and Bradley Peterson experience the not-so easy life of a young gay couple living in the Pacific Northwest.

Now, in 2012, Eric is a sophomore in college and he and four freshmen decide to take the challenge.  Eric rushes up to the house to ask Mrs. Cunningham what is going on, and discovers she is looking forward to the night and is concerned Eric will spoil her fun. 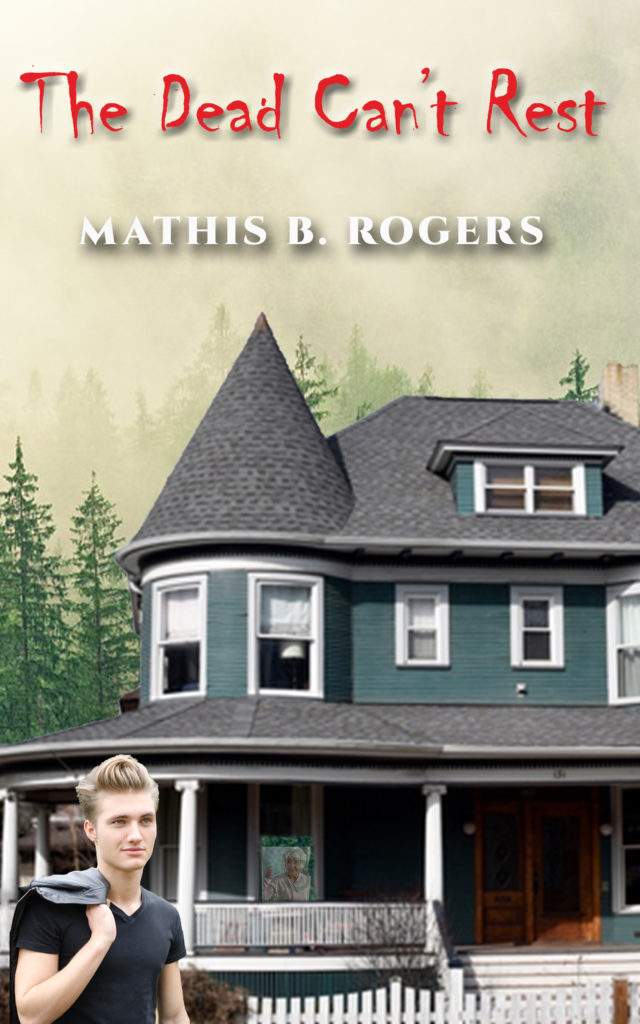 Available on Kindle and everywhere

Mathis in the Plainview Daily Herald 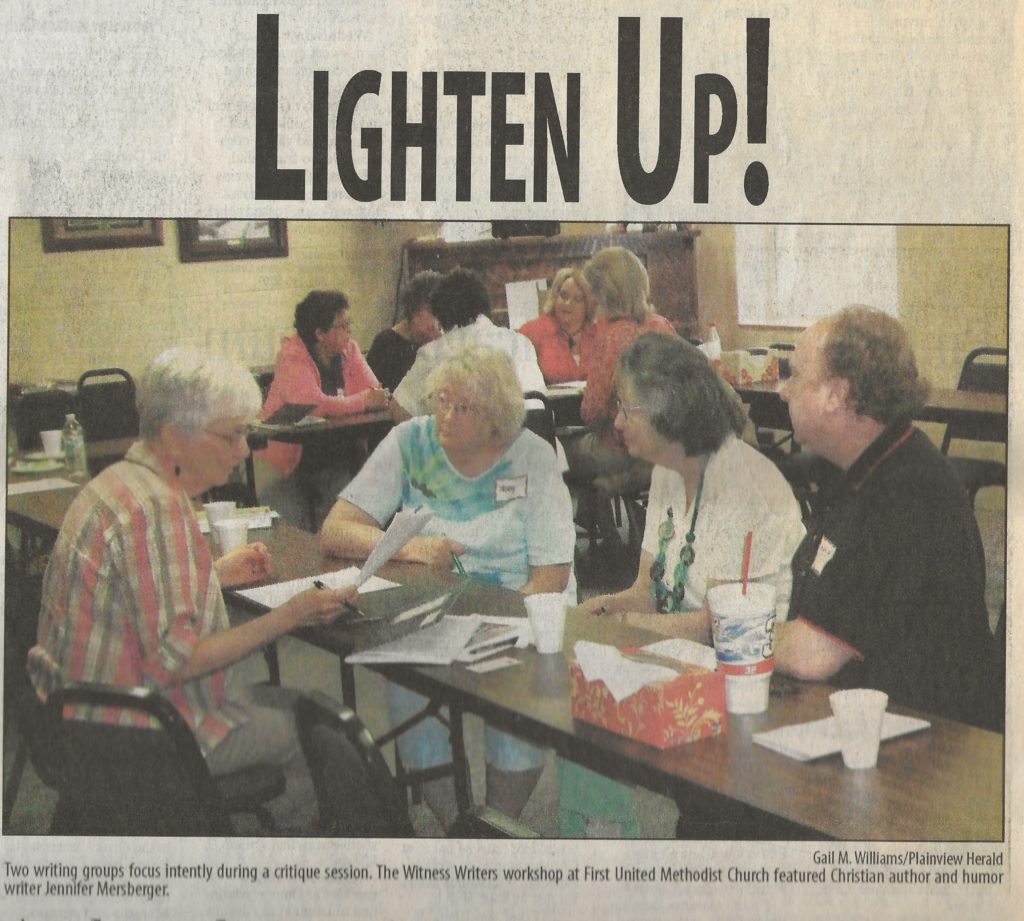 Going through a stack of papers the other day, I found this newspaper article.

In September of 2012 I had already moved to Lubbock, and Mary Byrd was the only member of the Plaiview Writers Guild living in Plainview, so we decided to close the Guild.

Carole Bell. of The Witness Writers took over our “time slot” for her group meetings.

Here, Carole Bell of The Witness Writers, and  Mary Byrd and I, along with Texas High Plains Writers member, Bernice Simpson,  attended a Witness Writers workshop in Plainview. 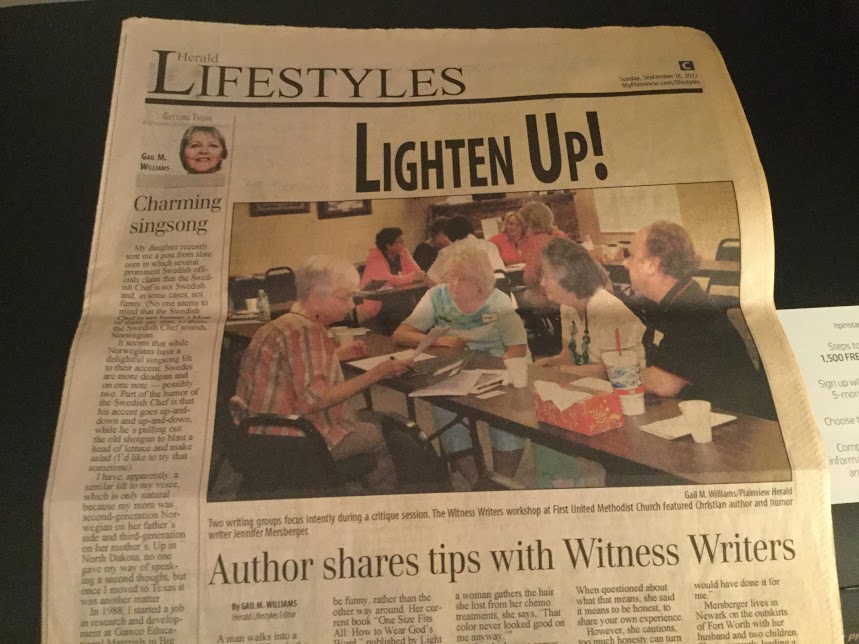 A man walks into a bookstore. “Where’s the self-help section?” he asks the clerk. She shrugs and replies, “If I tell you, won’t that defeat the purpose?”

Jennifer Mersberger uses that joke as an example of situational irony in her workshop, “Lighten Up! Nine ways to make your writing more relatable,” which she recently presented to Witness Writers at First United Methodist Church.

The group she spoke to were no strangers to irony, nor to helping themselves for that matter. They were in various stages of every writer’s dream — getting published. Some write successful blogs or columns, others are in negotiation with book publishers. Most were from Plainview, but some drove from Amarillo.

All of them were intense, educated listeners that wanted to hear what Mersberger, the author of two Christian books, had to say about improving their writing by using humor. 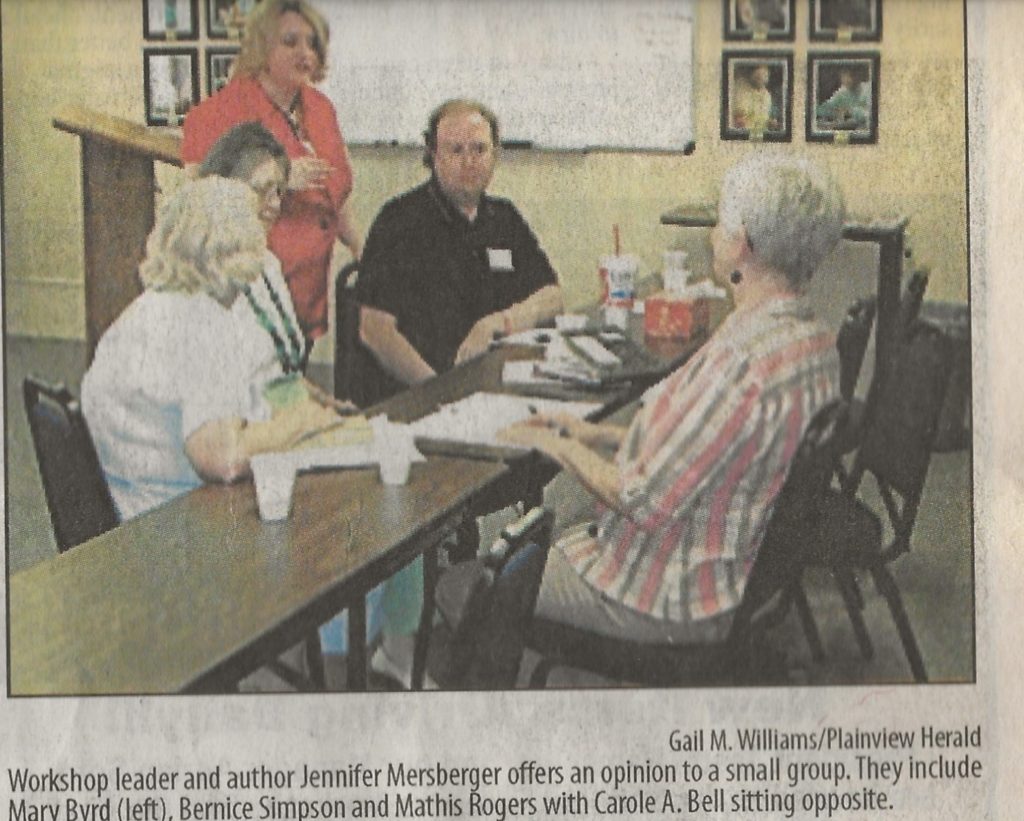 Mersberger, 39, considers herself a Christian writer who happens to be funny, rather than the other way around. Her current book “One Size Fits All: How to Wear God’s Word,” published by Light Point Press, reached No. 15 in the Christian book genre on Amazon.

Unlike many writers, Mersberger didn’t grow up dreaming of being an author.

“I enjoyed English, but I didn’t start writing until I was an adult,” she said. Her first book “Parables of the Master Storyteller” began as a Bible study that she conducted just three years ago. A friend suggested that she have it published.

Mersberger lectures using worksheets with writing samples, both good and bad, that come from sources as diverse as Phillip Roth, author of “A Plight Against America,” and William Goldman, who wrote the movie “The Princess Bride.”

She is particularly hard on Philip Roth for a 100-plus word sentence and passes on some advice an early writing mentor gave her: “Don’t describe the wallpaper unless there’s blood on it.”

An example of humor as a coping mechanism comes from a real-life friend. “As a woman gathers the hair she lost from her chemo treatments, she says, ‘That color never looked good on me anyway.’”

After the lecture comes the time writers both long for and dread — the critique session. The writers break up into two small groups of four and five. Some have brought along copies to share, while others read their samples aloud or have someone else read for them.

Those who critique are gentle but firm, frequently alluding to Mersberger’s nine rules. Wouldn’t it be better to start in the middle? Is there too much detail here? The ones being critiqued question and scribble notes for later revisions. 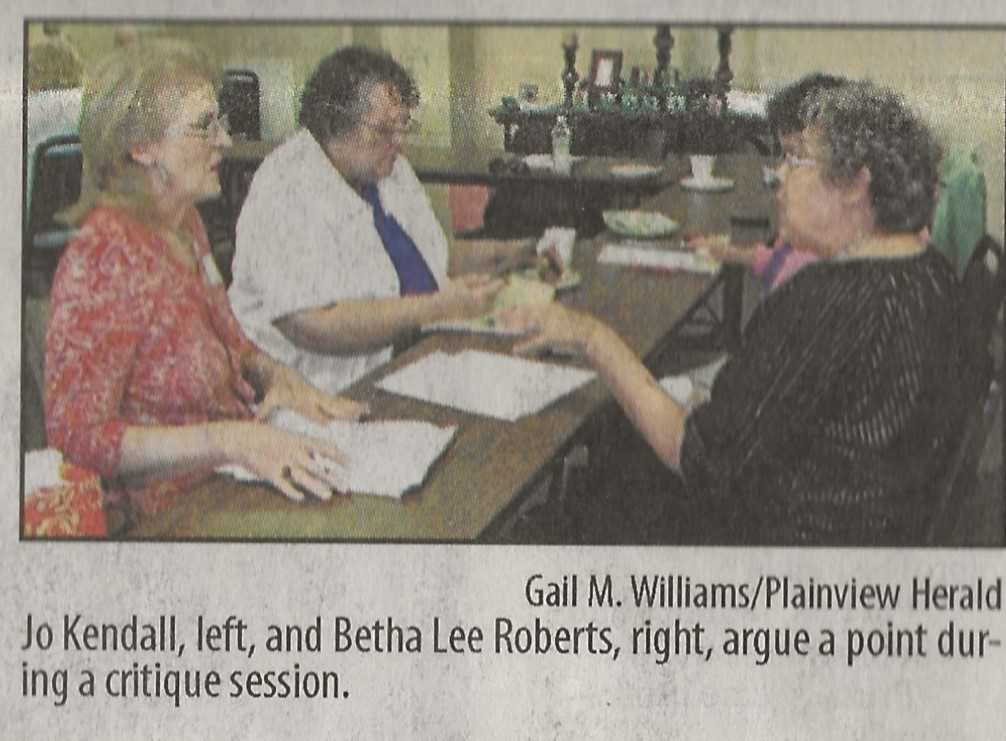 At some level, most writing comes from personal experience, and Mersberger urges the writers to be “transparent.” When questioned about what that means, she said it means to be honest, to share your own experience.

However, she cautions, too much honesty can turn some readers off. In fact, one of her blog readers recently dropped her site because Mersberger was honest about her own display of anger during a family incident.

Mersberger recommends journaling and says she writes in her own journal every day.

“For me, journaling is very cathartic — that’s why I encourage people to do it. Sometimes it’s hard to see what God is doing in your life. Then I’ll read something I’ve written and say to God, ‘Oh, now I see what you’re doing.’ ”

Mersberger said she hopes her children will read her journals someday, “but that’s not why I write them. I do wish my parents would have done it for me.”

Mersberger lives in Newark on the outskirts of Fort Worth with her husband and two children. She is currently leading a new Bible study with three different women’s groups.

“Women’s ministry retreats have a different wave of creativity and shared insight that fuel my creative fire,” she said.

To read Mersberger’s blog and learn more about her, go to www.lamplightministries.com.

Witness Writers meets from 10 a.m. to noon on the second Saturday of every month at First United Methodist Church, 1001 W. Seventh St. in Plainview, Texas.

Since I located this article, I have attempted to contact Carole Bell with no success.  I have talked to Mary Byrd, and she hasn’t talked to her, either. She also doesn’t know if The Witness Writers group is still meeting.